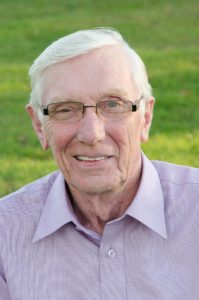 The death occurred peacefully, surrounded by his family, at the Souris Hospital, on Wednesday, October 07, 2020, of Louis Alexander MacKinnon of St. Peter’s Bay, aged 83 years.  Survived by his loving wife and soul mate of 56 years, Bernadette “Bunnie” (Mullally). Loving father to Gary (Tracy), Louise (Robert) and Lisa (Roddie). Devoted and fun loving grandfather to Chelsey, Bethany, Chloe, Noah, Emily, Drew, Hailey and Mariah, who were his absolute pride and joy.  Louis is also survived by many nieces and nephews, especially his go to favourite, Wayne Larkin.  Dear brother-in-law of Theresa Murphy, Mary Langlois, Pius Mullally, Anna Mullally, Edward Chaisson and Catherine MacKinnon.  Predeceased by his parents, Lawrence and Florence (Flynn), sister Gertie (Desmond)  Larkin and brother Earnie;  his mother and father-in-law Carl and Mary Ann (Steele) Mullally; brothers and sisters-in-law, Joe and Kay Mullally, James and Islay Mullally, Leigh Langlois, Walter Murphy, Earl Mullally, Eugene Mullally and Barbara Chaisson.  Louis was passionate about spending time with his family, friends and neighbours.  He always had a big smile and a great sense of humor.  No one was safe from his quick wit and teasing. He was a valued employee of the Co-Op family where he worked until his retirement at the age of 78 where he enjoyed meeting people every day.  He was happiest with the house full and lots of noise. He truly loved his family who were his everything.  He looked forward to their visits, facetimes and phone calls, especially his 8 beautiful grandchildren who he anxiously waited for updates and chats.   He was a friend to everyone he met and a source of strength for all who knew him. He is at peace and reunited with his family and friends gone before him but he will be so missed.  Resting at North Shore Funeral Home, Morell, where there will be a private visitation due to Covid-19 restrictions.  Funeral mass to take place at St. Peter’s Roman Catholic Church, St. Peter’s Bay, by invitation only on Monday, October 12, 2020 at 11:00 am.  Interment in the parish cemetery.  In lieu of flowers memorial donations in Louis’ memory may be made directly to the Juvenile Diabetes Research Foundation (JDRF), St. Peter’s RC Cemetery Fund or Souris Hospital, or by e-transfer to northshorefuneralhome@gmail.com.  Arrangements have been entrusted to North Shore Funeral Home, Morell.