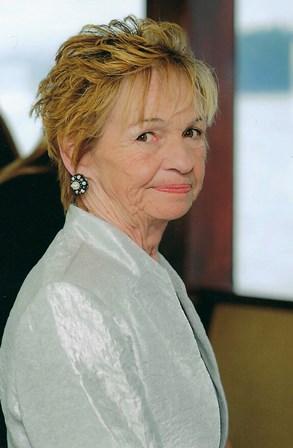 The death occurred with family by her side, on April 08, 2021, of Wendy Rae Jones (nee Shaw), of Bangor, and formerly of Surrey BC, aged 76.  Survived by her children, Ken (Karen), Glenna (Jennifer), Robert (Glenda), Leonard (Sukhi), and Vickie (Christopher); by her grandchildren, Kaleb, Mason, Kieran, Brianna, Rebecca, Noah, Ceiarah, Keylee-Rein, Cassidy (who had a very special bond with her ” Grams”) and Isabella; and by her great grandchildren, Clarke and Rowen.  Also survived by her sister, Vicki (Mike) and by her brother Dean.  She is also fondly remembered by her niece, Rachael; and by her nephew, Wyatt.  Predeceased by her parents, Victor and Inez; and siblings, Neil, Fairlee and Scott.  A private celebration of life will take place at a later date.  Memorial donations, if desired, may be made in Wendy’s memory directly to Montague Home Care Equipment Fund or to Kings County Memorial Hospital. Mailing address for both charities is P.O. Box 490, Montague, PE  C0A 1R0.  Etransfers are also accepted at northshorefuneralhome@gmail.com.  Online condolences may be made to www.northshorefuneralhome.ca.  Funeral arrangements have been entrusted to North Shore Funeral Home, Morell.
Forever in the heart of her best friend and daughter, Vickie
Send a condolence