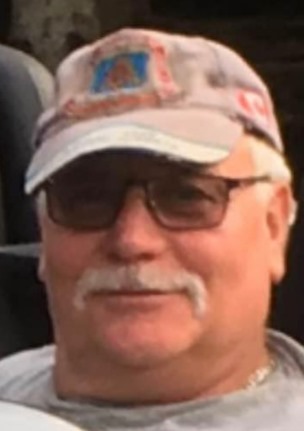 Suddenly at the Queen Elizabeth Hospital on February 11, 2022, with family by his side the death occurred of Frankie Raymond Trainor of Morell aged 62 years.  Lovingly remembered by his daughter Melissa (Francis);  his son Patrick (Katelyn); the mother of his children, and partner Rosie; his grandson Walker; and granddaughter MacKenzie.  He will be sadly and dearly missed by his siblings, David (Anne), Albert (Kathleen), Paul (Debbie), Barb (Jackie), Brenda (Bobby) and Brian.  He will also be sadly missed by his goddaughter, Nicole Somers and by his aunts Mary Wyllie (Ron) and Rachael Hughes as well as numerous nieces, nephews and cousins.    Predeceased by his son Christopher Trainor; his parents, Ray and Mary (McGuire) Trainor; his brother, “Little Frankie”; his sister-in-law Donna Trainor; his nieces, Crystal and Vanessa Trainor; and by his father-in-law Ernest Bradley.  Resting at North Shore Funeral Home for a private visitation.  Funeral mass to be held at St. Lawrence O’Toole Roman Catholic Church, Green Meadows, on Wednesday at 11:00 a.m. by invitation only.  Interment will be in St. Cuthbert’s Roman Catholic Church, St. Teresa at a later date.  In lieu of flowers, memorial donations may be made in Frankie’s memory to Morell Lions Club either directly or by e-transfer to northshorefuneralhome@gmail.com.  Online condolences can be made to www.northshorefuneralhome.ca  Funeral arrangements have been entrusted to North Shore Funeral home.
Send a condolence