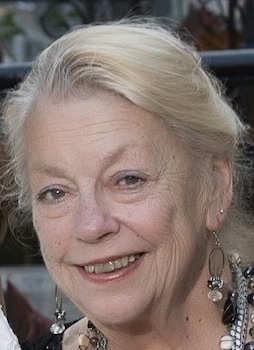 Janice Elizabeth Hazel Butler Tovell passed away suddenly on November 9, 2021.  Born in St. John’s, Newfoundland on July 17, 1938, Janni moved to Toronto at the age of 16 to attend the Conservatory of Music at the University of Toronto where she met Robert Evans.  They were married in 1956 and had two daughters, Jocelyn and Seana.  She married her second husband, Jackson Tovell, in 1990; shortly after, they moved to Kincardine where Janni continued to live until recently, when she moved to St. Peter’s Bay, Prince Edward Island, to be near the ocean that she so dearly loved. As her dear friend, Bernie, said,”Janni held many a sundowner at her home on Albert St. She was warm, welcoming and the most gracious of hosts.  She enveloped her arms around friends and family alike.  She, too, was a warm hug that didn’t require arms, although her arms were always open”.

Arrangements are entrusted to the North Shore Funeral Home with a Celebration of Life to take place in the New Year. Donations in Janni’s memory can be made to the Walker House Museum (walkerhousekincardine.com) or the Salvation Army. Online condolences may be sent to www.northshorefuneralhome.ca.