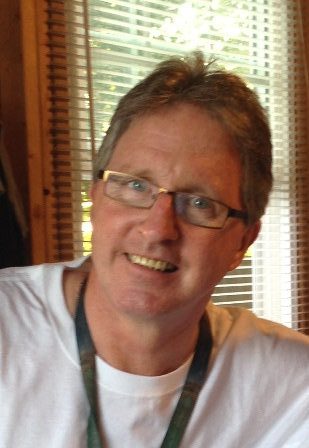 The death occurred suddenly on April 25, 2021 of Thomas “Tom” Bertram MacAdam of Charlottetown, formerly of Morell,  aged 62.  Beloved son of Marion and the late Bertram MacAdam of Morell.  Besides his mother Marion, he is survived by Maria Van De Cappelle, Alban (Cathy), Joe (Diane), and Marylou (Randall); by nieces and nephews, Jonathon, Sean, James, Kelly, Courtney, Ty, Kyle, Emily and their families.  Predeceased by his father Bertram, as well as numerous aunts and uncles.  Resting at North Shore Funeral Home, Morell.  Due to covid restrictions, visitation and funeral mass will be by invitation only.  Funeral mass to be held at St. Theresa, The Little Flower Roman Catholic Church, Morell, on Saturday, May 01, 2021 at 10:00 a.m. The funeral will be live-streamed at http://holytrinitypastoralunit.ca/.  Interment to follow in the parish cemetery.  If desired, memorial donations may be made in Tom’s memory to the Canadian Diabetes Association , 161 St. Peters Road, Charlottetown, Prince Edward Island C1A 5P7 or by e-transfer to northshorefuneralhome@gmail.com.  Online condolences may be made to www.northshorefuneralhome.ca.   Funeral arrangements have been entrusted to North Shore Funeral home, Morell.