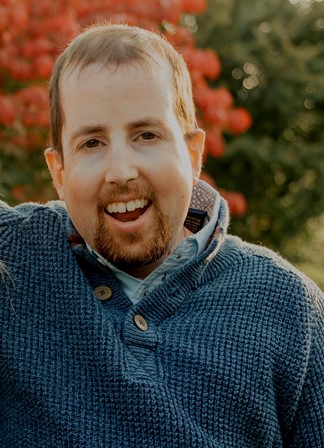 After a second courageous battle with cancer, the family of Ryan Kelly are heartbroken to announce his peaceful passing which occurred at home surrounded by love, family and friends on Sunday evening, November 15, 2020. He was 30 years of age and lived in his beloved community of Cardigan, PEI.   He will be forever loved by his parents Roger and Pauline Kelly and his devoted brother Aaron (Kerri).   Ryan will be dearly missed and lovingly remembered by his grandmother, his aunts and uncles, his many close cousins and friends especially Terry Nabuurs.  Ryan was well known for his devotion to his work and we appreciate the support he received from his many employers over the years.  Ryan was predeceased by his grandparents Minnie and Lawrence Kelly, Uncle Francis Kelly, Infant Aunt Arlene Kelly, Grandfather; Martin Van den Broek and Infant Aunt; Wilhelmina Van den Broek, twin sister of Pauline.  He is survived by his uncles and aunts; Sophus Kelly, Shirley Keenan-Smith(David), David Kelly(Geraldine), Jean Kelly(Arnold MacDonald), Maureen Cheverie(Danny), Dean Kelly(Tanya), Kevin Kelly(Virginia), Mary Grant(Eric), Martina MacDonald(Lester), Herman Van den Broek(Margaret), Tony Van den Broek(Karen), Joanne Donahoe(Eddy), Rinnie Bradley(Adrian), George Van den Broek(Julie), Juliana Boyd(Dave), Crissy Riley(Brent), grandmother Annie Van den Broek and numerous cousins. Visitation and Funeral Mass will take place at All Saints Roman Catholic Church for family and invited guests. The funeral mass will be held at 11:00 AM, Thursday, November 19, 2020 at the church.   Ryan will be laid to rest in All Saints Roman Catholic Church Cemetery.   If so desired, donations in memory of Ryan can be made directly  to any of the three hospitals that provided such excellent care during his life’s journey;  The IWK, Kings County Memorial Hospital or the Queen Elizabeth Hospital or by e-transfer to northshorefuneralhome@gmail.com.    Online condolences can be made at North shore Funeral Coop at http://northshorefuneralhome.ca/send-a-condolence/.  Funeral arrangements have been entrusted to North Shore Funeral Home, Morell.