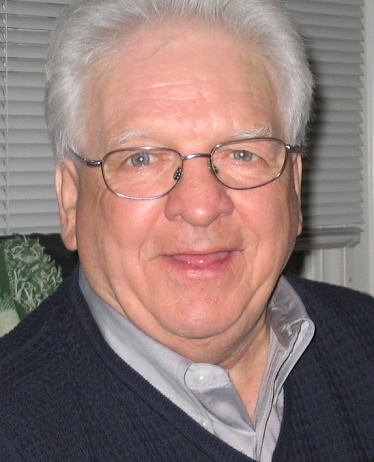 John Bernard “Barney” Gillan, of Green Meadows died unexpectedly of pneumonia on Thursday, October 10, 2019. He was predeceased by his wife Winnifred (nee Beattie) and survived by his three children: Bryan Gillan of Moncton, NB, Sharon Gannon (husband Paul), Dawne Gillan (wife Tricia Foster) all from Massachusetts. He was beloved “Greybear” to his grandchildren Emma and Cole. Barney was born in Peakes, PEI, son of the late James and Agnes (nee Duffy) Gillan. As a young man, Barney left PEI for Montreal to work and live near his brother Johnny. He met his wife, Winnie. Later they relocated to Boston where he worked as a union carpenter. They had three children. Barney enjoyed being with family and happiest when he was in the woods hunting, fishing, in his gardens and riding his tractor. He had a great love for his grandchildren Emma and Cole.
He is also survived by siblings, Catherine “Kit” MacDonald, Sr. Gertrude Gillan, Gil Gillan (Frances), Ernie, Anne Fitzpatrick (Lennie), Mary Kelly (Martin) and Noreen Gillan; and many nieces and nephews. Barney was predeceased by his siblings: Joe, Marguerite Stewart, Johnny, Mark, Ralph, Mary MacDonald, Frank, James, Phil and Lorraine Keefe.
Resting at St. Cuthbert’s Roman Catholic Church , St Teresa’s. Visitation 4-7pm on Sunday, October 13, 2019. Funeral mass will be celebrated on Monday, October 14 at 10:00 a.m. Interment to follow in the parish cemetery. In lieu of flowers, donations in Barney’s memory to Ducks Unlimited would be appreciated.

Funeral arrangements have been entrusted to North Shore Funeral Home. On-line condolences may be made to www.northshorefuneralhome.ca